You are here: Home / Alison Lueders / Will You Be at the Climate March?

On September 21, 2014 I’ll be in Manhattan to join what some are calling the People’s Climate March. 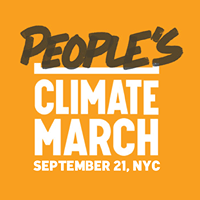 I hope it will be a peaceful, friendly, and very large event.

To be honest, I am not the marching type. But I’m going to this because:

If you’ll be there too, I’d love to know. Drop me a line at alueders@verizon.net and let’s see if we can at least say “Hello.”