You are here: Home / Uncategorized / Make Your Plans for Earth Day – April 22

Earth Day is April 22.  According to the Earth Day Network, the theme for this year is “Ending Plastic Pollution” – a more-than-worthy cause.

Three things you may not know about plastic, whether it’s grocery bags, plastic bottles or snack bags are:

Here’s what I’m doing to reduce my plastic pollution: 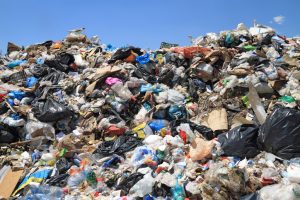 Most plastic is still with us.

Another surprise to me: according to Columbia University’s Earth Institute, burning the plastic that sits in landfills today is not a bad option. I had assumed that burning anything would release greenhouse gases.

If you’ve already wrestled your plastic challenges to the curb – congrats! The Earth Day Network has 6 other major campaigns that help the planet. (I’m supporting The Canopy Project which focuses on planting trees.) Which one will you choose?